New York Marijuana Laws : Everything You Need to Know 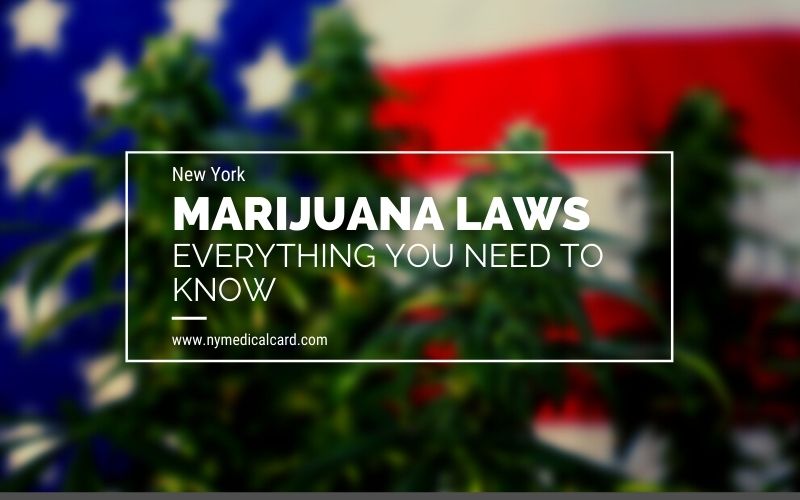 The cannabis industry is booming all over the US states. New York recently legalized recreational weed, becoming another state to do so after some failed and stalled attempts in the past. Medical marijuana has been legalized since 2014 when the Compassionate Care Act was passed. One could easily access legal cannabis with the recommendation of a  medical marijuana NYC doctor.

With the rising demand of cannabis products, many NY medical marijuana doctors also entered the market. All of this led to a more organized and regularized use of cannabis and the state-government made sure that strict cannabis-related laws prevail in New York.

Before we jump to the NY medical marijuana laws, let’s read some of the basic information about cannabis that you all should know.

Is Cannabis Legal in New York?

Yes. Both recreational and medical cannabis is legal in New York. New York Governor Andrew Cuomo signed legislation permitting the use of medical marijuana in the year 2014 while recreational cannabis got legalized in March 2021, allowing adults aged 21 or above to consume, possess, and cultivate cannabis legally. Though medical marijuana patients get more leverage when it comes to availing the benefits, recreational users still have to buy cannabis with all the necessary guidelines keeping in mind.

What Are the Marijuana Laws in NY?

Possession Laws: As per the NY marijuana laws, a person aged 21 or above can possess up to three ounces of cannabis flower or up to 24 gm of concentrates. Possession of more than 8 ounces of cannabis is considered as a misdemeanor and is punishable by one year of imprisonment and fine of up to $1000. Smoking or vaping marijuana in public places is seen as a violation, as per New York’s tobacco control laws.

Laws Regarding Cultivation: A person can cultivate up to six marijuana plants ( 3 mature and 3 immature) for the treatment of his/her medical condition. One will also be able to cultivate up to 12 marijuana plants from the year 2022. If a person is caught cultivating more than six plants, he/she will have to spend a year in prison and pay a fine of up to $1000. Please note that if you are a medical marijuana patient and have a doctor’s recommendation to cultivate marijuana for your health condition, then the cultivation can vary depending on your health requirement.

Laws Regarding Trafficking: Below are the conditions that make a person the major trafficker of marijuana –

One thing is to be noted here that the federal government considers marijuana as a schedule I drug, hence considers it illegal at the top level. This has led to a cold conflict between the federal government and states legalizing both medical and recreational marijuana. Smoking and vaping cannabis is prohibited in no smoking areas, public places, and near federal places. Violation of this guideline could lead a person in serious legal trouble. That is why a rational and smart consumption of cannabis has become quite important.

Speaking of the legalization of recreational cannabis, as it has been approved by the state recently, the laws and regulations will take several months to come into effect. Cannabis, being a controversial subject, is quite flexible and is open to changes. The government can introduce different changes in the cannabis-related laws owing to new studies and experiments that keep taking place.

Modern research points towards marijuana being a valuable aid in the treatment of an array of ailments ranging from chronic pain to cancer. Having the potential to treat such a wide range of health conditions, marijuana has been a hot topic of discussion for many years now. All this has led to the legalization of marijuana in more and more US states including New York. Everyday cannabis-related new rules and regulations are documented, making the whole system a bit complex. What could be celebrated is the herb’s ability to help thousands of people all across the globe. Also, to keep yourself up to date about New York’s cannabis laws, make sure you frequently check the state’s official cannabis pages on the internet.